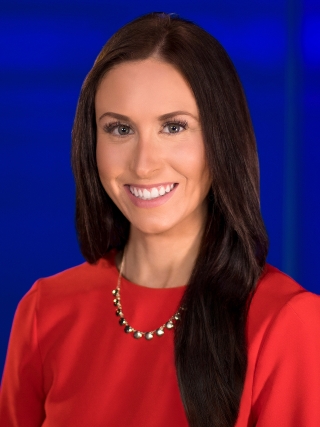 An Albany native, she worked as a reporter for CBS 6 in Albany, NY. While she was there, she covered everything from devastating floods in the Mohawk Valley, to the notorious New York prison break, and was first on scene to one of the deadliest fires in Capital Region history.

Before heading home to upstate New York, she worked as the morning anchor at ABC 47 in Salisbury, Maryland, hosting "Good Morning Delmarva." She was also host of a weekend talk show "Good Things Delmarva." While she spend time on Maryland's Eastern shore, she was on the ground covering Superstorm Sandy, and Hurricane Irene, even being recognized by the Associated Press for her coverage on the aftermath of Sandy.

Jennifer graduated from Vermont's Lyndon State College in 2011, with a B.S. in Electronic Journalism Arts, and was very involved in the college's Emmy Award Winning College Newscast. She wore many hats, reporting, anchoring, and producing the 5:30pm show.

When she's not out getting the scoop, Jennifer loves the outdoors. She's an avid runner, and self-proclaimed "gym rat." She loves hiking, biking, and snowboarding. Jennifer also knows a thing or two about tennis. She played number one singles for Lyndon State College during her time there, even earning MVP two of the three years she played. If you see her out and about around town, be sure to say hello, she'd love to hear any story ideas you have!