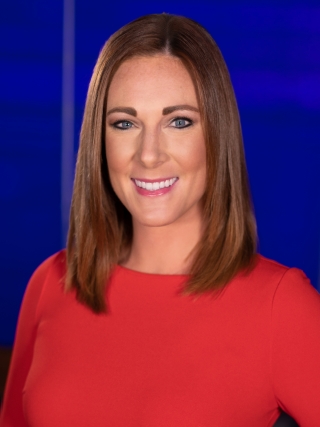 Danielle Dwyer is a reporter and anchor for the Fox 25 sports team.

Danielle came to Oklahoma City from Phoenix, Arizona where she a member of the live TV crew – working for the Alliance of America Football league and with Spectrum Sportsnet LA for Dodgers Spring Training. Danielle’s time in the valley of the sun came after she spent more than three years as a sports reporter/anchor/MMJ in Toledo, Ohio. Prior to that, she was a sports producer at Campus Insiders, which is now Stadium, in Chicago.

During her time in Toledo, Danielle had the opportunity of covering sports at all levels including major events like the 2016 World Series, the LPGA Marathon Classic, the Fiesta Bowl and the Ohio State-Michigan rivalry.

Growing up the first-born child of a former professional baseball player, Danielle likes to say sports have been a part of her life since birth. As a Northeast Ohio native, she grew up cheering for the Cleveland teams and it was a dream come true having the opportunity to cover those teams during her time in Toledo.

Upon graduation, she worked for an advertising agency as a planner/buyer for John Deere co-op, Kimberly-Clarke and BRP.

Danielle always knew she wanted to be a sports journalist, so she went back to school, earning her master’s in journalism from Columbia College Chicago. She interned at Fox 29 in Philadelphia and Campus Insiders before getting hired as a producer.

Danielle has a love for travel. Studying abroad twice – first to London, Paris and Rome and then doing a tour of Italy, which included Rome, Florence and Venice. She loves taking family vacations and girls’ trips, and she has a goal of going to every MLB ballpark – so far, she’s halfway.

In her free time, she enjoys working out, watching sports, going to concerts and exploring new restaurants. She looks forward to seeing what all Oklahoma as to offer.